Plan B doesn't feel ''special'', despite the fact some of the world's greatest songwriters - including Sir Paul McCartney, David Bowie and Noel Gallagher - are fans. 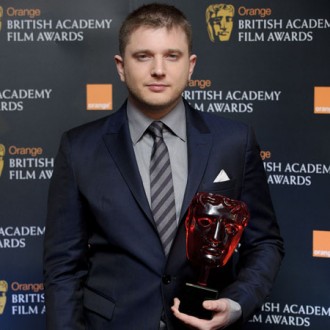 The ‘She Said’ singer finds it astonishing how many huge stars are impressed with his music, but has vowed never to get big headed and forget his humble roots, struggling as a rapper from a deprived area of London.

Speaking at the Virgin Media V Festival, where he performed at the weekend, he told the Daily Star newspaper: “I’m glad God made me the way he did, because there’s something inside of me that dispels the notion that I’m special, or deserving of the accolades.

“Ringo Starr said he listens to my music, and I thought, ‘F***ing hell, Ringo Starr likes me’ and Paul McCartney said some nice things.

“All of that is mental – you grow up with all these people as stars and then they’re sitting right in front of you and know who I am.”

The festival – which took place at two different sites in Chelmsford and Stafford, England and saw headline sets from Arctic Monkeys and Eminem – also brought many pop stars together, and could result in some interesting collaborations, with dance pop star Example saying he approached rapper Dizzee Rascal about recording together.

Speaking in the festival’s Virgin Media Louder Lounge, he told the Metro newspaper: “I’ve done a song with Wretch32, I’ve done songs with Chipmunk, Chase and Status and Professor Green. I’ve worked with everyone expect for Dizzee. I discussed it with him and I said that I want to sing on his new album, so we’ll see what happens.”