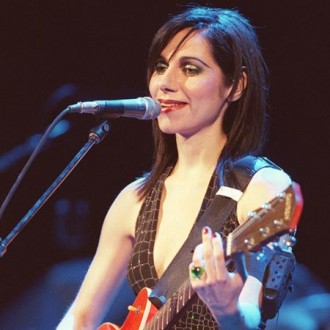 The ‘Words That Maketh Murder’ hitmaker – who is joint favourite to win the Barclaycard Mercury Prize this year for her album ‘Let England Shake’ – does not listen to modern music because she has “heard it done a hundred times better before”.

When asked in what sense she finds it unexciting, she replied: “Largely unoriginal. I think mostly that’s the reason, because I’ve already heard it done a hundred times better before, and it doesn’t speak to my soul.

“Everybody is different in that way. I’m not saying there isn’t great work existing now – for many people there is – but for my own personal taste there’s nothing that really grabs me and makes me want to go out and do more investigation into this music.”

The 41-year-old singer – whose full name is Polly Jean Harvey – admitted she is more motivated by theatre and art than pop music.

She added to NME magazine: “I feel much more inspired by other avenues of artwork these days, personally. I find theatre very inspiring. I might get great inspiration from going to exhibitions, but very rarely do I feel stimulated by a piece of music from contemporary artists.”

Polly previously won the Mercury Prize for her 2000 album ‘Stories from the City, Stories from the Sea’, if she wins for ‘Let England Shake’, she will become the first artist ever to scoop it twice.