Pixie Lott has revealed she only ended up working with Stevie Wonder on her new album because of a chance meeting between the pair in Los Angeles. 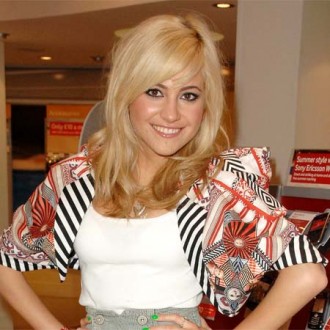 The 20-year-old pop star worked with the Motown legend on ‘Stevie on the Radio’, which features on her upcoming album ‘Young Foolish Happy’, and he only ended up contributing to the track due to a chance introduction when she was in Los Angeles.

In an interview with Newcastle newspaper the Evening Chronicle, Pixie revealed: “It was a complete accident. I went to a restaurant in Los Angeles and bumped into the songwriter Adrian Gurvitz. I was about to leave, but he told me that he’d like me to meet one of his friends. I was expecting this random person and then Stevie Wonder walked in . I was so overwhelmed, I could feel my eyes welling up! It was an incredible experience, but it got better. When I ended up writing a song with Adrian, he played it to Stevie. He really liked it and asked if he could put down a harmonica part for the middle eight.”

The blonde singer is still in shock that she has made a song with the ‘Superstition’ hitmaker, and would never have believed it if someone had told her she would meet and work with the musician at the beginning of the year.

She added: “I try not to get fazed by it. But if I’d known at the beginning of this year, when I started writing this album, that I’d meet Stevie Wonder I’d have been over the moon.”