Pete Townshend wanted to destroy The Who

Pete Townshend used to think The Who should ''literally destroy themselves'' to make an impact on the music industry, but bandmate Roger Daltrey didn't agree. 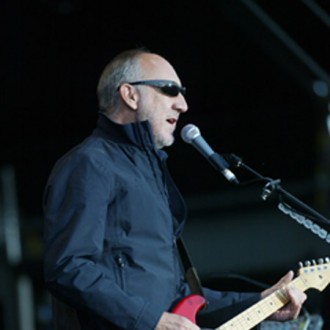 Pete Townshend used to think The Who should “literally destroy themselves” to make an impact on the music industry.

The 65-year-old rocker – who was the guitarist and songwriter in the band -was keen to adopt a “punk” frame of mind during the early days of the group, but fellow band member Roger Daltrey wasn’t so keen.

He said: “I was an art school boy and I had my big ideas of what we were doing. My manifesto was much closer to punk. I thought we should literally destroy ourselves, perhaps pour petrol and blow ourselves up, which Keith Moon thought was fabulous.

“Roger wasn’t so keen. He still wanted to be a sexy rock ‘n’ roll star. So half of our crowd was mods and half was art school kids.”

Prior to The Who’s explosion onto the rock scene, Pete admits he and his bandmates – Roger Daltrey, John Entwistle, Keith Moon, Kenney Jones and Doug Sandom – were forced to undertake “sh***y jobs” to make ends meet.

He added: “People were working in sh***y jobs. Roger was a tin plate worker. John Entwistle worked at the Inland Revenue. Keith worked at British Gypsum, and he was so bored that he kept sending the wrong concrete to the wrong building so that in a few years’ time the buildings would fall down.”