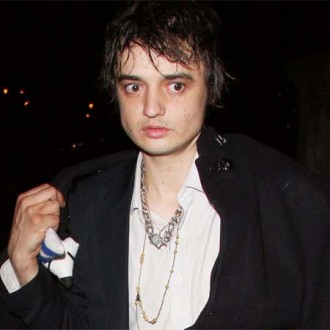 The ‘Last Of the English Roses’ singer admitted he is having trouble finishing tracks for his latest album with his present band, Babyshambles, and could call on Carl to help out – prompting further speculation The Libertines will embark on a full scale reunion.

He said: “There’s a couple of songs at the moment that have been stuck on the treadmill for a while that I need to get finished.

“I just feel that when they’re finished it will be a new chapter. But they’re really struggling to get out at the moment. I might even have to show them to Carl, because in the old days that’s what we’d do. If I had a great idea I’d share it with Carl and inevitably something great would happen.”

The Libertines reunited for a pair of shows at the Reading and Leeds festivals this summer, but have since not announced plans for further live dates or to record new material. Pete released a solo album in 2009, while Carl released his debut solo record earlier this year.

Carl has previously said he was hopeful The Libertines – which also features John Power and John Hassall – would write new songs together.

“Everyone’s agreed at some point in the process that there’s life in the old dog yet. When we got back together it was a band again, we hadn’t missed a beat.”