Paul Weller determined to stretch himself

Paul Weller is determined to ''stretch himself'' lyrically as well as musically on his next album. 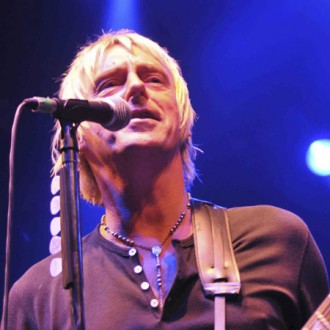 Paul Weller is determined to “stretch himself” lyrically on his next album.

The ‘Moonshine’ singer only released his last album, ‘Wake Up The Nation’, this year, but has already started recording tracks for a follow up album, and said he is determined to push the boundaries further both musically and with the words he writes.

Paul – who recorded largely stream-of-conscious lyrics for ‘Wake Up The Nation’ – said: “It seems to be taking its own character this time. Sonically it’s still pushing things, but still with good melodies, and lyrically I’m trying to stretch myself. I’ve tried to make the words more impressionistic, tried to write in different ways.

The singer and guitarist – who has had a lengthy career in bands including The Jam and Style Council as well as being a solo artist – also said he’s still learning and developing his tastes in music, despite being 52 years old.

He added to NME Magazine: “I’ll never learn everything I need to know, probably. All the time I’m learning new things still, and I don’t think that’s a process that stops, as long as you don’t want it to stop.

Paul is presently touring the UK.