Paul Rodgers says he may reunite with Brian May and Roger Taylor to tour again. 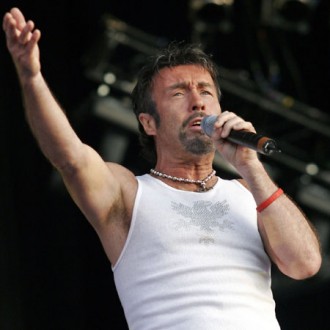 The former Free and Bad Company vocalist joined Brian May and Roger Taylor to tour as Queen + Rodger Taylor between 2005 and 2009, and while they have all been working on other projects since, the vocalist hasn’t ruled out performing with the band again.

When asked if he would tour again with Queen, Roger said: “We may do. We left it because we all wanted to do different things. We toured the world twice and after the studio album I didn’t feel like there was a lot more we could do.

“We didn’t want to do it forever, but I enjoyed playing the role for a while, so we’ll see.”

Speaking at the Ivor Novello songwriting awards, the singer also said how daunting he found it to fill the space left by original vocalist Freddie Mercury – who died in 1991 of complications related to AIDS – and how much respect he has for the way he gracefully bowed out of the public eye when he became ill.

Paul told BANG Showbiz: “I had to fill a role as well as be myself, and it was quite daunting, at first we were just jamming and having fun, but when they put the full rig up and I was stood in the middle, all of a sudden I realised the enormity of what I’d got myself into.

“I grew to love Freddie. I always had a great deal of admiration for queen and Freddie, but the more I studied him and his life and his death too, there was no poor me about it, he was just very, very brave.”