Patti Smith has written a song about Amy Winehouse which originated as a poem she penned in the aftermath of the singer's death. 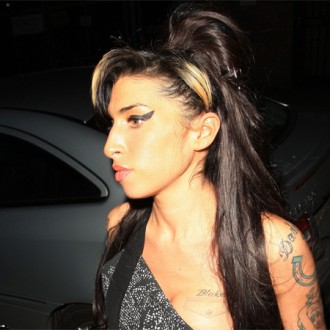 Patti Smith has penned a musical tribute to Amy Winehouse.

The ‘Because the Night’ hitmaker wrote a poem in ode to the British singer following her death in July last year and set the words to music for a track which will appear on her forthcoming new album.

She told Uncut magazine: “The little song for Amy just blossomed in the studio. We were at [New York recording studio] Electric Lady doing a whole other song and I wrote Amy a little poem when she died and my bass player, Tony Shanahan, wrote a piece of music and the two matched perfectly.

“We wrote a very nice little song for Amy Winehouse, and I think a beautiful song for Maria Schneider, the actress who was a friend of mine in the ’70s. They just happened, like gifts.”

Patti isn’t the only artist to create a musical tribute to Amy. In August, Green Day unveiled a track – which makes references to the ‘Rehab’ hitmaker’s troubled life up to her unexpected death on July 23 – at a secret show in California.

Additionally, M.I.A., Coldplay and Dionne Bromfield have all dedicated tracks or dedicated parts of their live shows to the star.