Paramore taking a break from performing

'Decode' hitmakers Paramore are taking a break from performing in 2011 to write their new album. 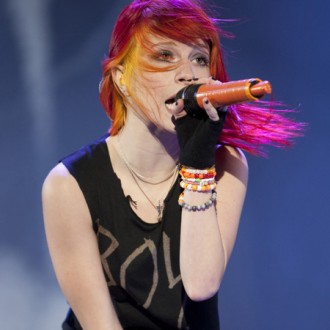 Paramore are taking a break from performing to write their new album.

The ‘Decode’ hitmakers have enjoyed a hugely successful 2010 with a world tour and singing at numerous award shows, but they have decided to retire from the spotlight next year to concentrate on their music.

Guitarist Taylor York said: “The year has kind of been topped. We don’t have much more for the rest of this year. We’re going on a tour in South America and then we’re taking time off and we’re writing for a new record.”

While they are keen to create new music, Taylor admits it’s difficult to move on from their album ‘Brand New Eyes’ because it’s been so successful.

He told MTV News: “We’re kind of at the end of this record but it’s bittersweet.”

Lead singer Hayley Williams says the group are thrilled with the success they’ve had over the past 12 months but couldn’t pick a highlight.

She said: “There’s been so many big ones. We got to play the VMAs, we went on the biggest US tour we’ve done to date, played two shows at the O2 arena in London. It’s just been like, one thing after another. It’s like a high climb, and I hope we get to keep climbing for a little bit longer.”