Parade never run out of shoes

Parade love being in a girl group because it means they never run out of shoes, and know what each other are thinking just by looking at each other. 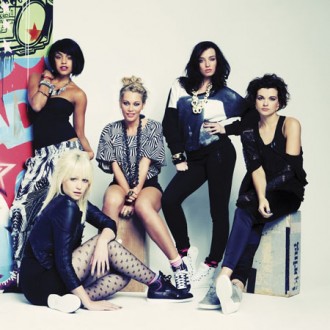 Parade love being in a girl group because it means they never run out of shoes.

The five-piece ‘Louder’ group have great camaraderie, and find they can not only share clothes, but they know each other so well, they can tell what each other are thinking just by looking.

The group’s Emily Biggs exclusively told BANG Showbiz: “It’s great because we have communal shoes and we will never not have a pair of high shoes!”

Her bandmate Bianca Claxton added: “And we get to share our experiences and everything we do, we can literally have whole conversation with our eyes, we know each other that well.”

While the band are having a great time as one of the only girl bands in the charts at the moment, they do feel boy band are “dominating” the UK music scene.

Singer Lauren Deegan added: “It’s a difficult time to be in a girl group, but a good time, ‘cos there’s not loads of them. But it’s difficult because there are so many boy bands around and they’re really dominating.”

The band – completed by Jessica Agombar and Sian Charlesworth – have just released their self titled debut album, and can’t wait for fans to hear one of the tracks, ‘Rokstar’, which was written by rising singer Emelie Sande.

Bianca added: “It is an amazing song, one of our favourites on the album. Emelie is an incredible writer and artist.

“It’s about being in love with someone who is never there and lives life like a rockstar but is really not.”