Paloma Faith feels frustrated that her new album is not yet finished, and says she would realise it ''tomorrow'' if she could. 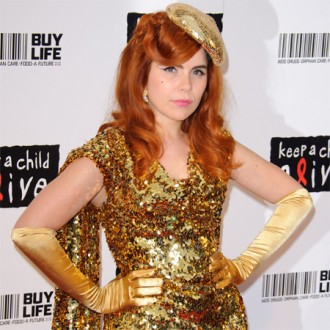 Paloma Faith doesn’t know” when her second album will be released.

The 25-year-old singer has been on the verge of releasing the follow up to 2009 debut ‘Do You Want the Truth of Something Beautiful?’ since last October, but admits she is frustrated she hasn’t yet been able to complete it.

She said: “The album’s not finished yet and I’m not sure when it will be. If I had my way it would be out tomorrow, but there are so many other people involved that nothing happens quickly.

“If you’re in a band in this business you can group together and make things happen or stand up for what you really believe in. When you’re on your own it’s much harder. I suppose you have to be hard nosed.

“I’m not afraid to say what I think, but I tend to back down too often.”

The ‘New York’ singer also admitted she finds it frustrating being signed to major record label Epic, as there is more pressure on her to provide instant success.

She added: “We all have to bend sometimes. Epic backed the release of the album’s title track which wasn’t an obvious single, but you definitely have the feeling there’s less time to prove yourself or develop as an artist than you might have on an independent label.

“Kings of Leon were on their third album before things really took off, but, you know, that’s just the way things are.”