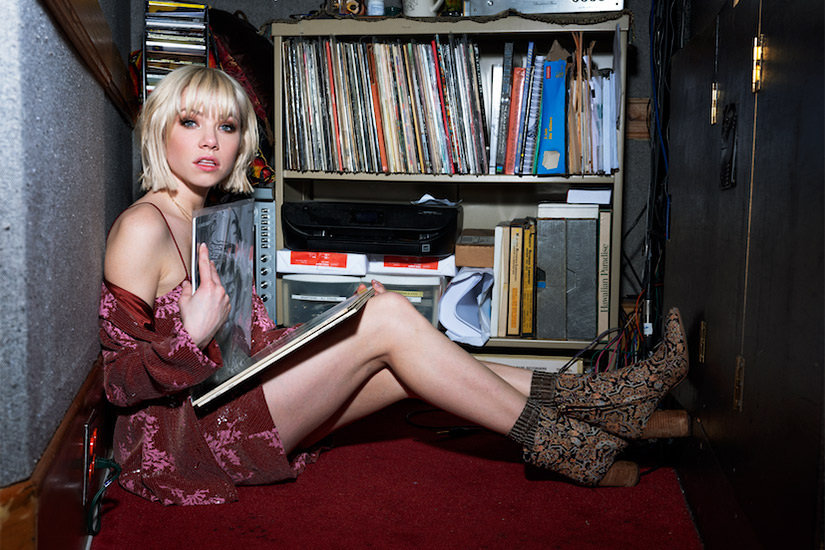 When we reach Carly Rae Jepsen by phone in L.A. earlier this month, it’s the day after the Toronto Raptors won their first-ever NBA Finals. And like every Canadian with an internet connection, she’s been swept away in the nation-wide fervour surrounding the team…sort of. “My step-dad is crashing with me right now, and he was like, ‘Just so you know [they won]…’ And I was like, ‘That’s amazing, I’m so proud!’ but I’d be lying if I said I follow basketball in a very vigilant manner,” she says, laughing. “But I love watching things when everyone’s really passionate about it, even if I don’t totally get what’s going on. It’s just a good energy.”

We can hardly blame the B.C.-born popstar for not fully jumping on the bandwagon—she’s busy after all. Jepsen dropped Dedicated—the highly-anticipated, long-awaited followup LP to 2015’s beloved Emotion—in May (to much critical acclaim once again). This week, she heads out on the North American leg of her tour, which heads to Canada in late August and throughout September. Here she dishes on what she always packs on tour.

ON HER PRE-TOUR PACKING STRATEGY

“I’m all over the map. Sometimes, if I’m in the mood, I’ll pack, like, four days before. I put on some music, have a little glass of wine and really take my time with it. And for tours, I usually work with a stylist, so I have a separate bag for those outfits, so I’m literally just styling my day-to-day wear. But if I’m tired and life is crazy, I have been known to do an incredible half-an-hour pack for two weeks. Then I usually forget something vital, like pants.”

ON HER TRAVEL ESSENTIALS

“Some sort of voice memo thing to record my ideas as I go. I don’t anymore, but I used to bring a really huge sweater for the flight because I get cold on planes very often. The rest is just lots of cozy pyjama-y stuff, candles and this little massage gun thing I recently purchased. I was also told by my singing coach to bring a humidifier with me while travelling [to help with scratchy throats that often come with travelling and air conditioning], and I thought that was a brilliant idea, so that’ll be a new addition to my living space.”

ON HER TRAVEL READS

“I always bring, like, six too many books that I have every intention of reading and usually only get through two of them. That makes life heavier. I read all sorts. If I’m in the mood for what I call a “junk-food book,” it’s a period piece romance-drama, which is so necessary sometimes. I’m looking right at my wall right now, and there’s a book called The Witches of St. Petersburg, which I haven’t read yet, but it’s next to Julia Child’s Mastering the Art of French Cooking. That tells you I’m a little all over the place.

ON HER SKIN-CARE ROUTINE

“I’m really bad with that. I’ve been known to use hotel shampoos and whatever lotion is available to me. But I have my routine, which is cleanser and moisturizer every night.”

ON HER PRE-SHOW RITUALS

“I warm up pretty extensively. Actually, I’ve gotten more determined to do that as I realize how quickly your voice can wear out if you don’t treat it like an instrument. It changes the longevity of how long you can go before you get tired, and I’m really enjoying it. We have a lame little handshake that me and the band boys and background singers do, which we’ve been doing for all of eternity and is an absolute tradition before every show, no matter how small or large. And to get hyped up we do backstage games, put on some music, stuff like that.”

ON HER TOUR SNACKS

“We have a pretty healthy rider—it’s mostly hummus and vegetables, nuts and raisins, and then there will be, like, tortilla chips. So the only thing we’ll really want to eat is the tortilla chips because we all just really wish we had junk food.”