Ozzy Osbourne has reportedly rejoined the original line up of Black Sabbath to rehearse for a new tour. 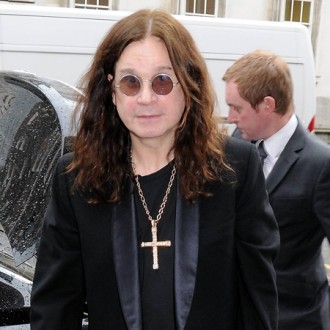 Ozzy Osbourne has reportedly rejoined the original line up of Black Sabbath.

The singer has reportedly met with guitarist Tony Iommi, bassist Geezer Butler and drummer Bill Ward at a secret location to begin rehearsals for a reunion tour, according to website metaltalk.net.

Ozzy had originally been kicked out of the hugely influential heavy metal group in 1979, and although they reformed for a number of tours between 1997 and 2006, the band have not appeared onstage together since then.

The different members of the group have been open to the idea of getting the group together again, with Geezer telling BANG Showbiz earlier this year: “Who knows about Sabbath? I’d love to do one last tour and play the places we never played as an original band, there’s loads of places that we never got to do as the original group, so it’d be nice to do one farewell tour and then call it quits.

Ozzy, meanwhile, said in 2010 he would also be open to the idea of a reformation, but stipulated the bass player must stop “moaning”.

He said: “If I do a Black Sabbath tour, he’s got to promise to stop f***ing moaning. Geezer, I love him, but he’s always on about something.”

In his time away from the band, Ozzy forged a successful career, while Black Sabbath continued without him in various forms, with different singers.