OutKast star Big Boi has been charged with three felony counts of drug possession after being arrested on his return from a cruise. 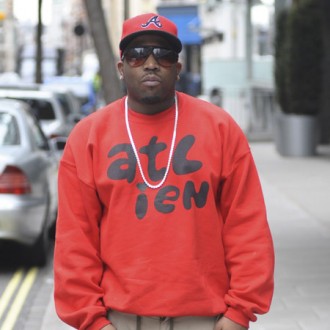 OutKast star Big Boi has been charged with drug possession.

The rapper – whose real name is Antwan Pattod – was arrested in Miami yesterday (07.08.11) after allegedly being found with ecstasy pills, MDMA, and sexual performance-enhancing substance Viagra. He has been charged with three counts of possession of a controlled substance, along with one count of possession of drug paraphernalia.

According to website TMZ, the star’s haul was discovered by customs officers and border patrol dogs after he left a cruise ship, and bail for the felony offences was set at $16,000.

Patton’s lawyer, Daniel Kane, insisted his client will be “completely exonerated” of all charges.

He told CNN: “While Big Boi was travelling with his group and friends, a small amount of contraband was found in the collective luggage. I am confident when the entire facts are aired Big Boi will be completely exonerated.”

After posting his bail, the ‘Roses’ hitmaker took to his twitter page to write: “Fresh out, baby!”

Apparently referring to the Viagra, he later added: “Sh*****t they said it was the Love Boat (sic).”