Olivia Wilde thinks it's ''cool'' she'll always be able to say James Bond taught her how to shoot a gun, because 'Cowboys and Aliens' co-star Daniel Craig was her instructor. 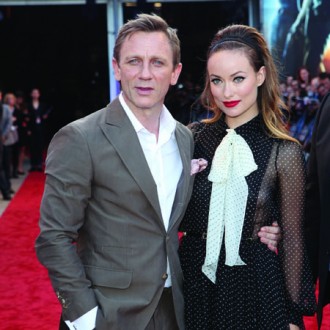 Olivia Wilde thinks it’s “cool” she’ll always be able to say James Bond taught her how to shoot a gun.

The ‘Cowboys and Aliens’ actress – who portrays mysterious Ella Swenson in the Western sci-fi movie – admitted she was thrilled that co-star Daniel Craig, who has played the fictional secret agent since 2006, was on hand to show her how to fire a weapon.

She told BANG Showbiz: “I was really excited about being the woman in the shadows in this movie, the kind of Clint Eastwood character. I never wanted to be a typical girl in a Western.

Despite having to perform a number of her own stunts in ‘Cowboys and Aliens’, the 27-year-old star explained she always felt “safe” when Daniel was by her side.

Speaking of one particular stunt when she is dramatically dragged off her horse and into a spaceship, Olivia added: “That was supposed to be done by my stunt double and we started out with a mechanical horse, but it was way too slow for our movie and so I ended up getting on a real horse.

“It was our stunt co-ordinator who convinced director Jon Favreau to let me do it. He said I could pull it off, which made me very proud and I felt safe because Daniel was riding next to me.”