Noel Gallagher claims the rest of Oasis only formed Beady Eye after he quit Oasis in August 2009 because his brother Liam bullied them into working with him. 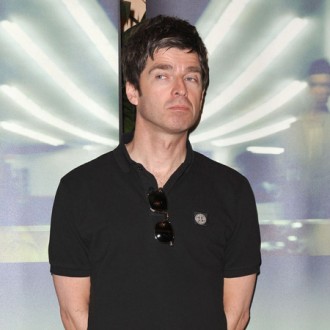 Noel Gallagher claims his brother Liam “bullied” the rest of Oasis into starting Beady Eye with him.

The ‘Everybody’s on the Run’ singer quit the super-group in August 2009 after a huge pre-gig bust-up with his bandmate-and-sibling and he believes Liam harassed the other three members – Andy Bell, Gem Archer and Chris Sharrock – into forming a group.

Noel told the New York Times newspaper: “I never said to them, ‘I’m leaving, and if you want to come with me, come.’ Liam being Liam bullied them into starting a band that night. It’s like Lyndon Johnson being sworn in on the airplane on the way back from Dallas before the body is even cold.”

Noel also claims Liam was the reason why Oasis were never as successful in America as they were across the rest of the world.

The guitarist claims his unpredictable brother’s decision to walk out on their tour in 1996 just 15 minutes before the band was due to board a flight Stateside to buy a house with his then-wife Patsy Kensit killed the band “stone dead” in the US.

Noel said: “Liam had actually made it to the airport in England, and as I’m getting on the plane he’s getting off because his wife called, saying, ‘We need to buy a house.’ Now, what they were doing for the previous three months is anybody’s guess. Probably picking gnats out of each other’s hair like monkeys. The first gig was a 16,000-seat arena, and the singer’s not turned up. That killed us stone dead in America. We never recovered.

“This is rock ‘n’ roll. Would Johnny Rotten have gotten a house on the eve of an American tour? Keith Richards? John Lennon? You either want it or you don’t, and I wholeheartedly blame him for us never becoming as big in America as we were in England. Admittedly he did buy a nice house.”

Liam did rejoin the infamous tour just three days after refusing to fly out, missing just one show, but a furious Noel then quit the run concerts shortly afterwards.