Noel Gallagher has announced he is going on tour in October and has revealed he will play Oasis songs as well as his new solo material. 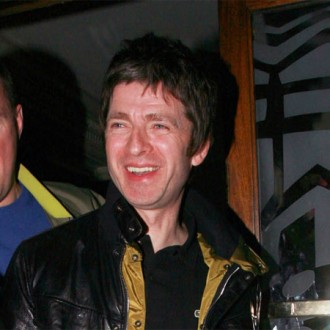 The guitarist is set to hit the road for his first ever solo tour this October and said he will include tracks from his previous band in his set list.

Noel – who today (06.07.11) announced he is releasing two solo albums, ‘Noel Gallagher’s High Flying Birds’ and an as-yet untitled companion in 2012- said: “I don’t think I’d be allowed to get out of the venue if I didn’t play all the ones you’d expect. The second album is not going to come out until next summer anyway.

“So the 10 songs on my album last 46 minutes and 12 seconds and that ain’t long enough, so I am gonna play some Oasis songs.

“You’ve really got to be on stage and see what the reaction is of crowds when you play ‘Don’t Look Back in Anger’ and ‘The Masterplan’.

“It would be like going to see Paul McCartney and him only playing Wings stuff wouldn’t it? Even though that would be great, and not that I’m comparing myself to Paul McCartney or The Beatles.”

Although he has played several solo shows before, the 44-year-old musician admits it will be a different feeling taking to the stage on his own without his brother Liam and his former Oasis bandmates.

Noel – who quit the group after a huge fight with his sibling before a Paris concert in August 2009 – admitted: “I never really see myself as being a frontman, I can see it being a major pain in the arse for me.

Noel’s also revealed his first concerts will be in smaller venues that the stadiums he was used to with his last group.

“This year is a quick whizz around the world, doing all the major cities, and probably a bigger tour next year. The first show is gonna be in Dublin.”

Since Oasis’ demise, Liam, Gem Archer, Andy Bell and Chris Sharrock formed Beady Eye, but they do not play any songs recorded by Oasis.