Noel Gallagher's wife not 'biggest fan' of his new songs

Noel Gallagher's wife is ''not the biggest fan'' of any of his music and she would prefer his forthcoming solo tracks to sound more like Kasabian. 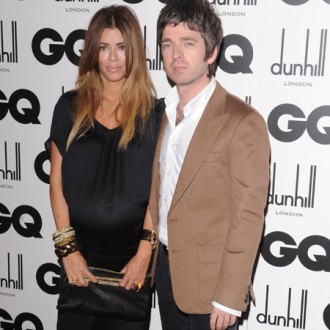 Noel Gallagher’s wife would prefer his music to sound more like Kasabian.

The former Oasis guitarist – who is set to release his forthcoming solo album under the name Noel Gallagher’s High Flying Birds – admitted his wife, Sara MacDonald, who he married in June, is “not the biggest fan” of his songs.

He told radio station XFM: “I’ve got to say, my missus is not the biggest fan of anything I’ve ever done ever. She’s a bit like – meh. It’s not Kasabian, is it? Do you know what I mean?

“There’s one on the new album she really doesn’t like. The last track. When she saw the track listing, she said ‘Oh, you’ve not included that bloody song have you?

“Someone might like it. She’s from Scotland, I know my place. She’s more Northern than I am.”

The 44-year-old musician added he has done the best he can on the record – which he is set to tour later this year – and finds it “irrelevant” whether his friends like the album or not.

He added: “I literally wouldn’t be putting it out if it was not the best that I could do at that point. Whether my circle of friends like it or not is irrelevant.”