Noel Gallagher admits he had to ''fly by the seat of his pants'' at his debut High Flying Birds show in Dublin, Ireland. 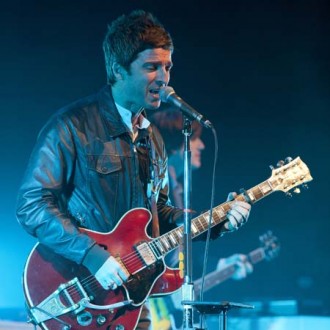 Noel Gallagher admits he had to “fly by the seat of his pants” at his debut High Flying Birds show.

The ‘If I Had a Gun’ singer was nervous about his first ever concert as a solo artist in Dublin, Ireland, as it was a very different experience playing in a smaller venue to the stadiums he had become used to with his old band, Oasis.

He told BBC Radio 1’s Zane Lowe: “The first show was fly by the seat of your pants and I’d not played anywhere that small for a while, I used to rehearse in bigger rooms than that.

“And it’s got better. To start off in England was quite mad, because the crowds are crazy over here, then we went to America where they are a bit more reserved, so I got into it a bit more, I’m enjoying it.”

While ‘The Death of You and Me’ hitmaker played down rumours he will support reformed band The Stone Roses this summer, he is happy they have finally got back together for the first time since 1996.

He said: “I know they’ve been rehearsing and I’ve spoke to a couple of people who have been in rehearsal who have said it sounds amazing, but I’m just really made up for them that they have finally did it.

“It’s great to see [guitarist] John [Squire] and [singer] Ian [Brown] on stage already, and great that [bass player] Mani will eventually shut up about not making any money. All he’s done for the last 15 years has been, ‘Did you know we got robbed in the Roses’.”