Noel Gallagher is releasing two albums, his debut solo record and a collaboration with Amorphous Androgynous. 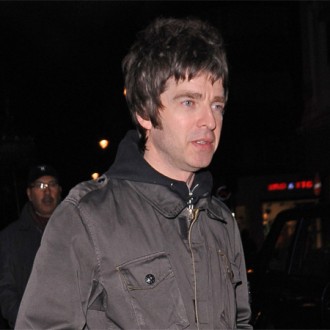 The former Oasis guitarist and songwriter’s debut solo album ‘Noel Gallagher’s High Flying Birds’ will come out on October 17, while a second album, recorded with experimental psychedelic duo Amorphous Androgynous will follow in 2012.

Speaking about his solo album and comparisons between it and his former band, Noel told a press conference in London: “There are echoes of Oasis but there’s no guitar solo until the sixth song.”

Of his brother Liam, who has formed new band Beady Eye with three other ex-Oasis members, he said: “Is Liam better off without me? He probably is, because he’s in charge.”

The first single from Noel’s solo record is thought to be ‘The Death of you and Me’.

While speaking at the conference, a tweet from the guitarist’s twitter account was sent reading: “The name of Noel’s band will be ‘Noel Gallagher’s High Flying Birds’. They are set to begin touring in October.”

The second, as-yet-untitled, album with Amorphous Androgynous – made up of Garry Cobain and Brian Dougan – will be released next year. Both albums were recorded in London and Los Angeles.

Amorphous Androgynous previously worked with Noel on a 22-minute psychedelic remix of Oasis’ track ‘Falling Down’.

‘Everybody’s on the Run’

‘The Death Of You And Me’

‘(I Wanna Live in a Dream In My) Record Machine’

‘(Stranded On) The Wrong Beach’