Noah and the Whale to start work on new album

Noah and the Whale are to start writing their new album in the New Year as they are keen for fans to hear their follow-up to 'Last Night on Earth'. 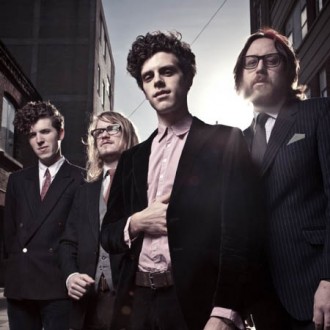 Noah and the Whale are to start writing their new album in the New Year.

The ‘L.I.F.E.G.O.E.S.O.N.’ band have had a great year with their album ‘Last Night on Earth’ giving them the biggest hits of their career so far, but plan to go back in the studio as soon as Christmas is over to start work on its follow up.

Frontman Charlie Fink said: “I’m going to go to New York for a bit over Christmas and start some writing. You start aiming at one point, and very often that becomes incidental along the way.”

despite being in the US when he starts writing, Charlie wants their fourth album to return to their British roots.

He added: “The last record was probably the most American record so far, and I’d like the next record to be more British, more of an English record.

“I also think I want it to sound more like a band in a room, more of a rock record than this one.”

When asked why he thought ‘Last Night on Earth’ was such a breakthrough for the band, he thinks it is likely because of the optimistic air it has.

He said: “I suppose it’s a very melodic album, it’s got a good heart and a good message to it, hopefully that’s something to do with it. I’d like to think the optimism helped.”