No music rules for Nicola Roberts

Nicola Roberts prefers not to follow rules when she is making music and likes it to be a natural process. 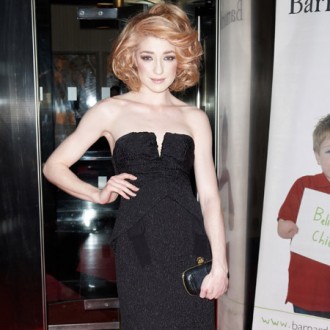 The Girls Aloud singer – who has just released her debut solo single ‘Beat Of My Drum’ – enjoyed working on her own but would love to make a new album with the girl group because she loves how free the process is.

Speaking to Alex Baker on Gaydar Radio, she said: “I suppose [if we were to make a new Girls Aloud album] we would have to really get together, and take each person’s individual music influence into account and really kind of summarise that and make a sound.

“Brian (Higgins) and Miranda (Cooper) have always done all of our records, we would have to work on that. There have never been any rules with making the Girls Aloud tracks. That’s one thing that I definitely took from working with Xenomania, I knew that songs didn’t have to have any rules; it’s really instilled in me.”

Although Nicola is relishing being a solo artist, she admitted missing the camaraderie of the other girls in the group, Nadine Coyle, Sarah Harding, Cheryl Cole and Kimberley Walsh.

She explained: “I miss being together, being in each other’s company every day and all of the fun that we used have in house, the drama that goes on, the craziness of being in the Girls Aloud dressing room, it’s just so much fun.”