The Stone Roses have reformed, confirming two huge shows at Manchester's Heaton park next year, and plans for a new world tour and album. 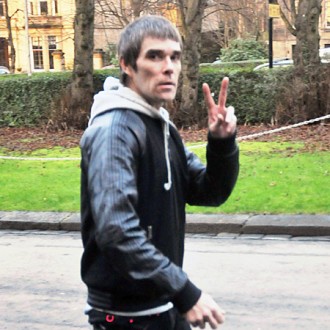 The Stone Roses have reformed.

The band have announced two huge concerts at Manchester’s Heaton Park, on June 29 and 30 next year, are planning a world tour and have also recorded new songs together.

Speaking at a press conference held today (18.10.11) at The Soho Hotel in London, Ian said: “Our plan is to shake up the world. We’re gonna go around the world next year – we’re going to start off in Manchester and we’re going to play two big gigs. This is not a trip down memory lane, we are doing new songs.”

John had given up playing the guitar after leaving the band and become an artist, but put aside his differences with Ian – whom he hadn’t spoken with for over ten years – at the funeral of Mani’s mother earlier this year.

He said: “It was the loss of Mani’s mum that started the chain of events that brought us all here today.

“I just couldn’t see a reunion happening and I resented the fact people were trying to force it on me, but when me and Ian met by chance it changed everything.

“It changed my outlook made me think it was possible, maybe even be enjoyable and that’s turned out to be the case. We’ve rehearsed, we’ve even written songs, in many ways it feels like 15 years was yesterday.”

Mani confirmed he will have to put his work in Primal Scream – the band he joined after The Stone Roses – on hold for the group, but had always hoped they would come back together.

He said: “Primal Scream saved my arse … but it’s weird how it can be one mad thing that starts a chain of events … It was amazing and it was bizarre [when John and Ian started speaking at the funeral].

The Stone Roses – who have been cited as a major influence on Oasis by both Liam and Noel Gallagher – are considered one of the pioneering bands of the UK ‘Madchester Movement’ in the late 80s and early 90s along with New Order, the Happy Mondays and the Inspiral Carpets.

The ‘I Am the Resurrection’ band only released two studio albums during their career, their critically acclaimed self-titled debut in 1989 and follow-up ‘Second Coming’ in 1994.

Their recording career was halted in 1989 when they tried to extract themselves from their contract with Silvertone, leading to a protracted legal battle before eventually signing with Geffen Records in 1991.