Nirvana exhibition to open in London

A Nirvana exhibition is set to open on September 13 in London, featuring a hoody worn by the band's late frontman Kurt Cobain, song lyrics, posters and rarely seen photographs of the group. 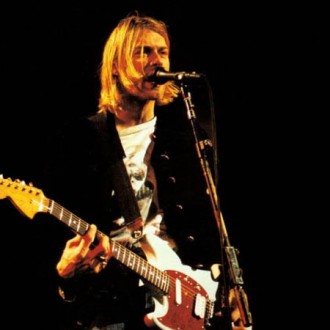 A Nirvana exhibition is set to open in London on September 13.

The ‘In Bloom: The Nirvana Nevermind Exhibition’ will mark 20 years since the band’s ‘Nevermind’ album was released and will run from September 13 to September 25 at The Loading Bay Gallery in Brick Lane.

It will feature a hoody worn by the band’s lead singer Kurt Cobain – who committed suicide in April 1994 – for a Melody Maker magazine photo shoot, a piece of fret board from one of his guitars, as well as a replica of the vocalist’s Fender guitar and a copy of band member Krist Novoselic’s Gibson bass guitar.

Rarely seen photographs of the group – who were also made up of current Foo Fighters singer Dave Grohl, who played drums – captured by Steve Gullick, Steven Double and Martyn Goodacre will be on display, along with lyrics, tour posters and a collection of fan memorabilia.

The event – which is to commemorate Nirvana’s second album, which has sold more than 30 million copies and features singles ‘Smells Like Teen Spirit’, ‘Come As You Are’ and ‘Lithium’ – will be free to enter and run from 1pm to 7pm daily.

A Super Deluxe Edition of ‘Nevermind’ is set to be released on September 19, featuring four CDs and one DVD with a number of remixes, previously unreleased recordings and obscure B-sides, as well as the band’s 1991 Halloween concert at Seattle’s Paramount Theatre in its entirety.

There will be 10,000 copies of the record available in North America, with another 30,000 released to the rest of the world, including the UK.