Nicole Scherzinger says it was ''inevitable'' that she and her Pussycat Dolls bandmates would fight but she thinks they handled their rows well. 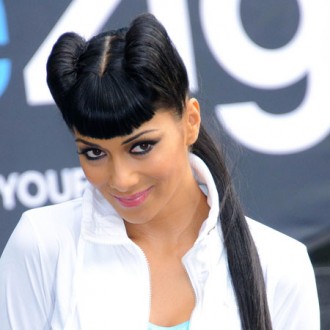 Nicole Scherzinger says it was “inevitable” that she and her Pussycat Dolls bandmates would fight.

The remaining original members of the group – Nicole, Ashley Roberts, Kimberly Wyatt, Jessica Sutta and Melody Thornton – have now gone their separate ways amid rumours of tension between the women, but the ‘Poison’ hitmaker insists they always handled their rows well.

She said:” It’s inevitable that any girl group who are breathing the same airspace 24/7 are going to bicker. But I think we handled it well and were respectful towards each other.”

Nicole – the last member to depart the group – admits she has no idea why so many of the girls left the band but says she respects their choices and is glad they took the opportunity to “find” themselves.

She said: “Girl power is about finding yourself as a woman. Obviously a lot of them then wanted to branch off and do their own thing and that’s wonderful.”

Although the Pussycat Dolls originally started off as a lap dancing group in Los Angeles, Nicole thinks her talent and that of her bandmates helped fans to forget their roots.

She said: “The group had existed before as a dance group. Then they hired myself and Melody to come and record. I was really proud of my part in making the music.

“We wouldn’t have been able to sell tens of millions of albums if we didn’t have talent.

“We stood for fun girl power.”