Nicole Scherzinger said she turns ''into a beast'' when she's onstage, and wanted her solo songs to reflect this attitude. 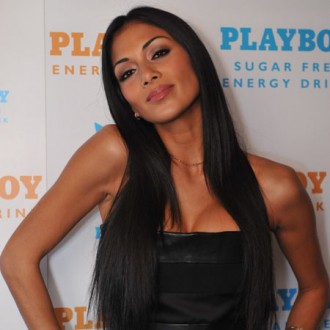 Nicole Scherzinger claims she turns “into a beast” when she’s on stage.

The former Pussycat Dolls singer, who is now re-launching a solo career, said she takes on a different persona when she’s singing live, and wanted her new songs – including single ‘Poison’, with producer RedOne – to reflect and encourage her wilder side.

Nicole told UK radio station Kiss’s Breakfast with Rickie, Melvin and Charlie show: “I told Red, when I go on stage I kind of turn into a beast sometimes, this other alter-ego, you know, that you kind of get to see in ‘Poison’ and I want the music to bring that to life for me.

“I feel like when I listen to some of the songs, I’m just like my own action hero.”

Nicole, 32, got her big break on TV show ‘Popstars’, and has long proved her vocal capability as the main singer in Pussycat Dolls, and she gave her thoughts on using auto-tune, a recording effect which automatically alters singer’s voices to be perfectly in tune.

She added: “I don’t really like auto-tune too much depending on what kind of songs I have – but with some songs, like, you wouldn’t have ‘Believe’ by Cher or certain sounds to give them that extra swagger to some songs without it.”

When asked if she considers it overused Nicole admitted, however: “Yeah. I’m more classic.”

‘Poison’ is out now.