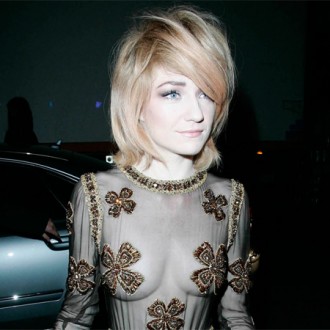 The star is said to have signed with Universal music and already recorded the majority of the tracks for her debut album.

A source told the News Of The World newspaper: “Everyone’s so excited about Nicola releasing her own album.

“She’s being guided by a lot of people who have been involved with Girls Aloud in the past so it’s going to be a great record.”

It is not known what musical direction Nicola, 25, will take on the album, or when any of the tracks will be released.

All of the five members of Girls Aloud – which includes Cheryl Cole, Sarah Harding, Kimberly Walsh and Nadine Coyle – have reportedly signed solo record deals, although only three of them have so far released material, to different degrees of success.

Kimberly, meanwhile hasn’t released any solo material, but appears on rapper Aggro Santos’ single ‘Like U Like’ which will be released in January 2011.

Sarah, meanwhile, has embarked on an acting career – appearing in ‘St Trinian’s 2: The Legend Of Fritton’s Gold’ – but confirmed earlier in the year she will also record a solo album.

She said: “I haven’t completely settled on what kind of music I’m going to make yet, but would like it to be something like Lady Gaga.”