Girls Aloud singer Nicola Roberts ''shocked'' people with how personal the lyrics on her solo album are. 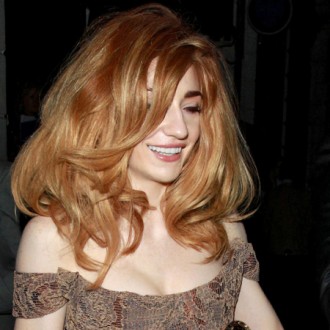 Nicola Roberts “shocked” people with how personal the lyrics on her solo album are.

The ‘Beat of my Drum’ singer – who has already enjoyed a successful career as a member of Girls Aloud – said she has put sugary pop music of that band behind her for a more direct approach on her debut album.

She told NME Magazine: “People have said that they’ve been shocked that the lyrics are quite personal.

“The albums that I like are the ones where you can relate to something. Take pop music – that’s, like, the outer bubble, the surface, and it floats and it’s good, it’s catchy.

“Then you’ve got the inner bubble, where you can hear the feeling in the song – that’s what I like in a record.”

Nicola also feels European pop music is currently the best in the world, with even the biggest stars in the world paying homage to styles originated in her home country and the rest of Europe.

She added: “It’s interesting that pop music now is so influenced by European sounds, and that the Americans have had to take the lead from what we’re doing, even Lady Gaga. Their favourite for a long time was pop RnB and now it’s really interesting that Britney Spears’ album is dubstep – if that’s not the biggest nod to it, I don’t know what is.”