Nicki Minaj says her desire to succeed in the music industry comes from her tough childhood. 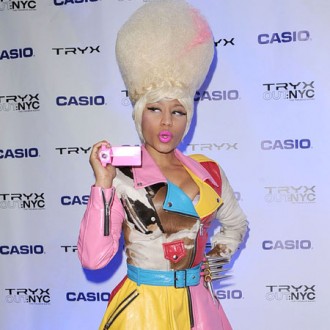 Nicki Minaj is motivated by making a better life for her mother.

The 26-year-old rapper – who moved from Trinidad to the US at the age of five – admits living in a three-bedroom home with 15 other people and then seeing her father fall victim to drug and alcohol abuse made her determined to “kick ass” with her music.

She said: “In Trinidad we didn’t have much. Then my parents moved to the States and then they sent for me, and I thought everything was going to be great.

“But my father fell victim to drug and alcohol abuse, so it was an uphill battle for a very, very long time. He was really, really addicted. My mother had to make ends meet the best way she knew how.

“Really, when I talk about my life in records like ‘I’m The Best’ I’m just saying, ‘Hey, after all of this, here’s what I’ve accomplished.’ “What motivated me was that I wanted to get my mother out of her situation, so I always wanted to kick ass at whatever I did.”

Nicki admits her difficult upbringing has made her a “very aggressive” person because she has always had to stand up for herself but she has since learned how to control her behaviour.