New Kids on the Block singer Joey McIntyre says touring with Backstreet Boys has made his group more competitive. 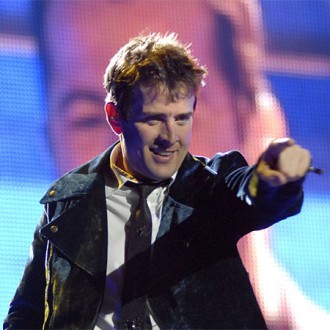 Touring with Backstreet Boys has made New Kids on the Block more competitive.

NKOTB singer Joey McIntyre admitted since joining forces with the fellow boy band to tour as NKOTBSB he and the other members of his group – brothers Jordan and Jonathan Knight, Donnie Wahlberg and Danny Wood – are more inspired than ever to put on a good show.

He exclusively told BANG Showbiz: “It’s a shot in the arm. Since getting back with the New Kids in 2008, every time we go out and do a tour, we want it to be fresh and exciting. If we’re not excited about it the fans won’t enjoy it. And to have another band going at it literally back and forth all night is great inspiration.

“It’s not in a ‘chip on your shoulder’ kind of way, it’s more friendly competition. If they go out and do a great set, we want to do it too and vice versa. I’m inspired watching those four guys specifically do their thing but also be individuals.

“It’s great when they’re on stage and we’re watching them on the monitor, doing their thing and the crowd is going wild, it’s exciting.”

NKOTBSB have just announced a European tour for 2012 and while Joey is excited about it, his band will not be “messing” with any of Backstreet Boys’ tracks.

He said: “We’re very excited about bringing the tour to Europe. It’s going to be a blast.

“Rather than having one of us come on for an hour and then having the other group perform afterwards we’ve made it one big, exciting, rollercoaster of a show. We start the show together, we end the show together and then we trade off, a song here, a song there. Each group feeds off each other.

“But fans want to hear Backstreet Boys sing ‘I Want It That Way’, they want to hear us singing ‘The Right Stuff’. We’re not messing with the hits.”

Tickets for the European tour dates go on sale to the public on Friday, October 28th at www.aeglive.co.uk.