New Amy Winehouse tracks could be released posthumously, despite the singer's death on Saturday (23.07.11). 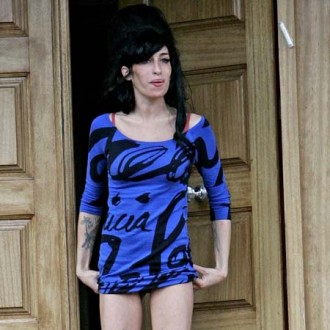 The 27-year-old singer – who was found dead at her home in North London on Saturday (23.07.11) – had sporadically been working with producers Salaam Remi and Mark Ronson on her third album over the past two years.

Both producers had previously produced tracks for the star’s 2006 breakthrough album ‘Back To Black’.

Amy recorded demos in Saint Lucia with the help of Salaam, who has described her passing as losing “a great friend”.

Adam Liversage of the British Phonographic Industry (BPI) said there is great demand for the ‘Rehab’ hitmaker’s unheard songs to be released posthumously.

He said: “You might argue that Amy Winehouse was already in the pantheon of greats. Her songs have become standards.

“Already there has been a lot of anticipation for a new album and if it was released posthumously that will only increase that interest.”

Reports close to the star say there is “a lot of material” to choose from for any future releases and Phil Alexander, editor-in-chief of MOJO magazine, believes it is “inevitable” new tracks will come out.

He told Britain’s Daily Telegraph newspaper: “It is inevitable that her death will elevate her reputation and that there will be a third record released.”

Earlier this year, Amy’s goddaughter Dionne Bromfield said she had heard some of the singer’s new material, calling it “very good”.