Nerina Pallot's creative partnership with producer Bernard Butler came after she went for a cup of tea with him. 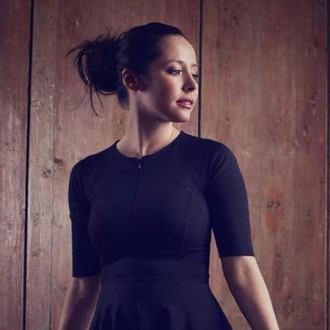 Nerina Pallot’s creative partnership with Bernard Butler came about over a cup of tea.

The ‘Turn Me on Again’ singer worked with the producer on her latest album, ‘Year of the Wolf’, and said their friendship grew from her realised they shared studio space in the same block and went for a friendly chat.

Nerina told BANG Showbiz: “I just went and had a cup of tea with him, and we got on like a house on fire, and after that I never thought I’d work with anybody else.”

She added she was a huge fan of the former Suede guitarist’s “old school” approach to recording, and that she enjoyed using a lot of live instrumentation for the recording.

She added: “He’s quite old school, so we just put out a band together and rehearsed it and about seventy per cent of the album was recorded live.

“That came from us both being in bands over the years. It’s good because I’ve had fans come up to me and say, ‘I’d love for you to make a record where you capture what you’re like live,’ so not a live record in the strictest sense, but to with that same sound and energy.”