Natasha Bedingfield wants to record a track with 'Pass Out' star Tinie Tempah. 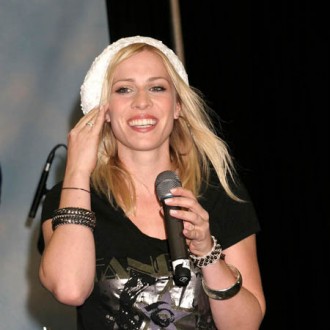 Natasha Bedingfield wants to record a track with Tinie Tempah.

The ‘Pocketful of Sunshine’ singer is pleased to see other UK stars doing well in America, where she is based, and is keen to write a track with rapper Tinie, after he recently performed in the US for the first time.

Natasha – who was in the UK performing at the vinspired National Awards – told BANG Showbiz: “I’m a big fan of Tinie Tempah.

“Again it’s like he has an underground following now, but he did a show in New York and it was amazing. I’d love to work with Tinie – collaborating with artists is my thing.

“And Adele – I’m really proud to see British people like Adele come through because it just represents us really well.”

Natasha added: “She’s got a real out there personality, but she’s really sweet, really nice. She’s not one of those girls that you can’t be friends with, we had a great time.”

The vinspired National Awards celebrated young volunteers for the great work they do for their communities. If you know anyone between the ages of 16 and 25 who would like to get involved then visit www.vinspired.com