Nas thinks his 'Like Smoke' duet with Amy Winehouse - which features on the late singer's posthumous album - is ''bittersweet''. 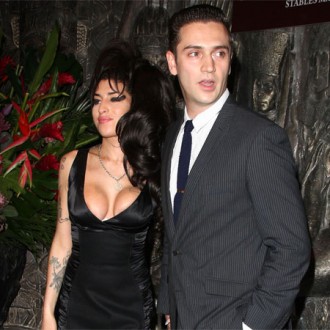 Nas thinks his ‘Like Smoke’ duet with Amy Winehouse is “bittersweet”.

The hip-hop star – whose collaboration with the late singer is featured on her posthumous album ‘Amy Winehouse Lioness: Hidden Treasures’ – explained although he is pleased the track has been released, it has served as a reminder of the troubled star’s death earlier this year.

He said: “It’s a bittersweet feeling to do something with her now that she’s not here. I’m happy. the sweet part is that we do have the music, fans have new music from her.

“It’s new because they’ve never heard it. The bitter part is that she’s no longer here to really give it to us and to really live her music and for us to see her smile and hear her voice.”

The rapper also admitted the ‘Rehab’ hitmaker – who was found dead at her home in Camden, North London, in July, aged just 27 – reminded him a lot of himself with her “nonchalant” attitude towards the music industry.

Nas added in an interview with World Star Hip Hop: “She was hilarious, man. She would make you laugh. To her, music came so easy. To everyone else, I guess around her, I don’t know this but I’m assuming that they wanted her to put out a new record.

“To her, it’s like, she can’t do it until it’s really time. Whatever that time is, only time will tell. She can’t just give you a record because the fans want it, she’s hot or it’s going to sell records. That’s not her style. She was so nonchalant about it that it reminded me of myself.”