Muse give spectacular close to Reading

Muse closed Reading Festival last night (28.08.11) with a spectacular headline set, featuring the band playing the whole of their 'Origin of Symmetry' album. 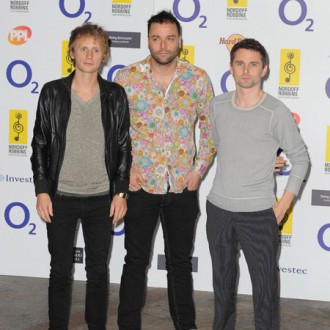 The ‘Time is Running Out’ rockers played the entire of their ‘Origin of Symmetry’ album to mark its tenth anniversary before launching into a set of their greatest hits.

Playing against a backdrop styled like the cover of the ‘Origin of Symmetry’ album, the band – led by guitarist and singer Matt Bellamy – kicked off their set with ‘New Born’, before playing the rest of the album’s tracks in sequence.

Earlier in the week the group had said their performances at Reading and its sister festival in Leeds could “go either way” and mark the end of a chapter in their career, or inspire them to return to the earlier sound.

Matt said: “We may decide, ‘You know what? That’s nothing like what we want to be doing now’, or it might remind us of how we got started and inspire us.”

The second half of the set started with ‘Uprising’ and then included ‘Supermassive Black Hole’, ‘Hysteria’ and ‘Stockholm Syndrome’ among others, and the band rounded the night off with ‘Knights of Cydonia’.

Other bands to perform at Reading yesterday included Elbow, Interpol, Death From Above 1979 and Enter Shikari.

At the Leeds site The Strokes and Pulp closed the event with co-headline sets.