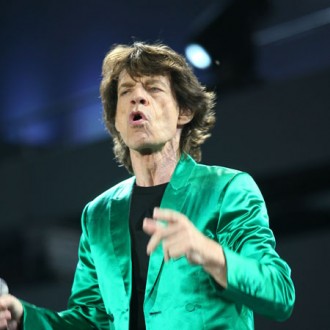 The Rolling Stones frontman’s supergroup – which also includes Eurhythmics’ Dave Stewart, soul singer Joss Stone, reggae artist Damian Marley and composer A. R. Rahman – will release the “fun” song for download, ahead of their debut album, which comes out in September.

Mick has said he enjoys the group’s relaxed attitude, saying: “We didn’t know what kind of music we’d make, we didn’t know if it would be any good, but we hoped we’d have fun.”

He has also previously talked of the camaraderie of working with the other musicians, saying: “We were writing a lot of stuff and throwing it away. I would say, ‘That’s rubbish, another cliche Joss’, and she’d say, ‘Well you come up with something then!’

“Us four vocalists, we’ve never worked like that before. It’s great because the whole burden is not on you, and that made it fun.”

Mick doesn’t think SuperHeavy’s music falls into any specific category, but says it is accessible and the band would love to tour if the fans enjoy the recording.

He said: “It’s a new kind of music, it’s a new genre, one that cannot be placed but it’s very approachable.

“If you’re a Rolling Stones fan there’s definitely stuff you can relate to. Other stuff that you can’t relate to so much, maybe if you listen you’ll enjoy it.

“We haven’t planned to do a tour or anything, but if people really like it maybe we will.”