Sir Mick Jagger has revealed he has written ''a lot'' of new material for the Rolling Stones and wrote even more when he met up with drummer Charlie Watts. 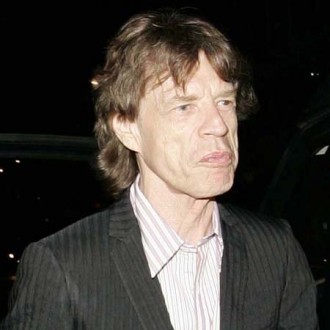 Sir Mick Jagger has been writing “a lot” for the Rolling Stones.

The ‘Brown Sugar’ singer revealed he and the band’s drummer Charlie Watts recently had a “really good time” performing some of the latest tracks he’s penned.

The band are set to celebrate their 50th anniversary next year and Mick admitted they are in discussions about some concert dates or even doing a tour.

He explained to The Times newspaper: “Well, we’re talking about it but I don’t know if it’s going to happen.

“Listen, you could do anything you want if you put your mind to it. I don’t know what’s going to happen next year. We’ll see.”

However, he revealed the band do not see a lot of guitarist Keith Richards – who infamously claimed Mick had a “tiny todger” in his autobiography ‘Life’ last year – because he lives in the US.

He added: “Well, I really don’t see much of him. The rest of us are all here [in London] quite a lot, and although he comes here occasionally in the summer, I don’t think any of us sees him much. He lives in suburban Connecticut.”