Michael Stipe was ''ignorant of music'' until the R.E.M. were recording their second album 'Reckoning' 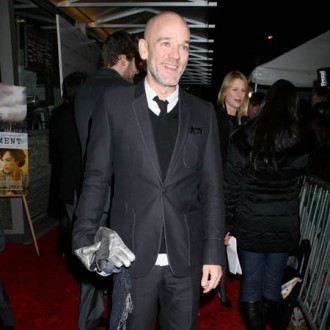 Michael Stipe was “ignorant of music” for the first four years he was in R.E.M.

The singer said he didn’t even realise basic things about being in a band, such as the difference between the bass and lead guitar, until the group were recording their album ‘Reckoning’, four years after they formed in 1980.

He told the BBC: “I didn’t know the process of recording. In fact, it wasn’t until our second album, Reckoning, that I realised the difference between the bass guitar and the guitar.

R.E.M – which also includes Peter Buck and Mike Mills – didn’t achieve mainstream success until 1987 with the track ‘The One I Love’ from their fourth album ‘Document’, and Michael insists the band never had any grand plan to become successful or famous.

He added: “We didn’t know what we wanted. We were the band that had no goals. The fact that we were making records and touring felt like this amazing adventure to us.

“We didn’t necessarily want to conquer the world – but then we ended up doing exactly that in some small corner of the universe that belonged to pop music and us.”