Michael Jackson's next single to be 'Hold My Hand'

Michael Jackson stated he wanted his comeback single to be 'Hold My Hand', a duet he recorded with Akon in 2007. 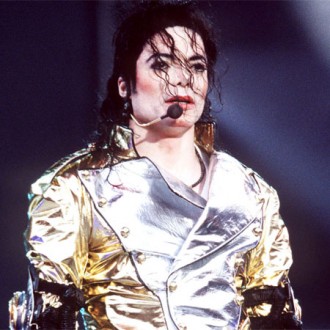 Michael Jackson stated he wanted his comeback single to be ‘Hold My Hand’.

The ‘King Of Pop’ indicated he wanted the track – which features rapper Akon and was recorded in 2007 – to be the first single he released for his comeback in a handwritten note before his sudden death in June last year, ahead of a huge run of comeback concerts.

The track will now be released on November 28 and is the lead single from his posthumous ‘Michael’ album.

The song had leaked onto the internet in 2008, but Akon has since re-worked it for its official release.

Akon said: “The world was not ready to hear ‘Hold My Hand’ when it leaked a couple years ago. We were devastated about it.

“But its time has definitely come; now in its final state, it has become an incredible, beautiful, anthemic song. I’m so proud to have had the chance to work with Michael, one of my all time idols.”

The ‘Michael’ album is taken from is comprised of tracks the singer was working on up to his death and also includes guest stars 50 Cent and Lenny Kravitz.

‘Michael’ is the first new and original recorded material to be heard from Jackson since his 2001 ‘Invincible’ album, apart for re-workings of earlier tracks ‘The Girl Is Mine’ and ‘Wanna Be Startin’ Somethin’ in 2008.

Although the tracks on ‘Michael’ were largely unfinished at the time of his death, they have been overseen by his estate and a number of the stars he was working with before he passed away.

A statement from his estate read: “The album contains ten tracks, produced by an esteemed group of producers along with Michael Jackson.

“While primarily focused on songs that Michael worked on recently, there are also earlier compelling tracks.”

‘Hold My Hand’ will be available for preview on www.michaeljackson.com on November 15 ahead of is physical release, and the album, ‘Michael’ will follow on December 13.

3. Keep Your Head Up

8. (I Can’t Make It) Another Day (Featuring Lenny Kravitz)