Michael Jackson planning more dates at time of his death

Michael Jackson was planning two more tours to follow his 'This Is It' shows at the time of his death, according to his brother Jermaine. 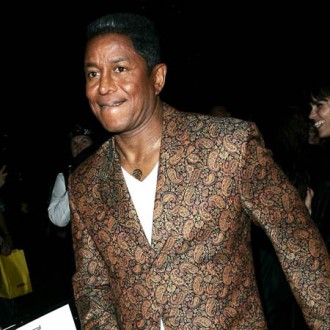 Michael Jackson was planning two more tours at the time of his death.

The ‘Thriller’ singer was just days away from starting his landmark 50 date ‘This Is It’ residency in London when he died of acute Propofol intoxication in June 2009, but his brother, Jermaine, claims he was eventually planning further performances after these shows.

In his new book, ‘You Are Not Alone: Michael Through a Brother’s Eyes’, Jermaine writes: “After his ‘This Is It’ dates were done he had two more tours up his sleeve: ‘Back By Popular Demand’ dates that no one knew about.

“I know what Michael said in March 2009, ‘When I say this is it, it really means this is it. This is the final curtain call.’

“That was his great tease. He was a master salesman too, and I the world thought the that London would be their last opportunity to see him perform, then they would rush to buy tickets.”

Jermaine – who sung with Michael in the Jackson 5 – added he believes Michael turned to Propofol, an anesthetic reserved for sedating patients before surgery in hospitals and requiring strict controls because of his nerves over performing at the ‘This Is It’ shows.

He added: “It didn’t surprise me that his insomnia was returning in the run-up to his London dates because of the unimaginable pressure to which he was subjected, most of it self-imposed.

“He was his own biggest rival in the relentless drive to be perfect in the great comeback he’d envisaged.”