Metallica singer James Hetfield has made his band's live shows ''more family-friendly'' since becoming a father. 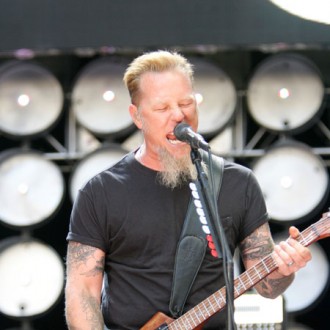 Metallica singer James Hetfield has made his band’s live shows “more family-friendly” since becoming a father.

The heavy metal singer has toned down his language when the group play live for the sake of his son and daughters – Cali Tee, 12, Castor, 10 and Marcella, eight – in particular omitting their cover of punk song ‘So What’, which is littered with expletives, from their set.

James, 47, told Australian TV show The 7pm Project: “Since I’ve had kids the show’s become more family-friendly as far as the language goes.

“We haven’t played ‘So What’ in a while – there are too many words that just aren’t right. My son’s heard them all, but I don’t need to promote them.”

‘The Day That Never Comes’ rocker also said he keeps an eye on what songs son buys online, and said he’s glad he is following in his rocker dad’s footsteps.

James added: “Now and then I get an email from iTunes saying, ‘Here’s what your son bought’. He loves the Ramones, AC/DC, the Red Hot Chili Peppers right now. He buys some Metallica stuff – I saw ‘I Disappear’, ‘Unforgiven’ and ‘Enter Sandman’ on there.

“He actually bought them. I’m like, ‘Dude, how are you going to pay for these?’”