Melanie C at her best on The Sea

Melanie C's new album, 'The Sea', showcases her ''at her best'' and is her greatest work since debut 'Northern Soul'. 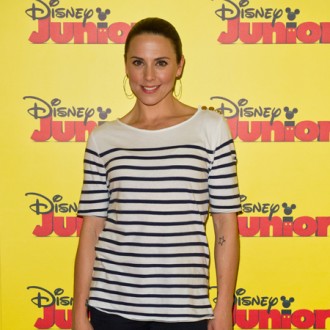 Melanie C thinks her new album is her best since her debut.

The former Spice Girls singer is pleased with how quickly her fifth solo album ‘The Sea’ came together and thinks it’s her best work since 1999s four million selling ‘Northern Star’.

She told website Digitalspy: “I think it’s me at my best it really reminds me of my first album.

“I’m so, so pleased – I think from quite early in the writing sessions I got a really excited feeling because the songs are coming quite quickly and they felt very strong right up to the end. The album has only been ready for about a week.

“This is the closest to the release date we’ve actually been finishing.”

Melanie added she had the idea to record for the first time since 2007 when she was appearing in the stage show ‘Blood Brothers’ in London’s West End theatre district.

She added: “I was working in theatre, I was in ‘Blood Brothers’ for six months in the West End and about halfway through the run I started to really miss singing my own songs and being myself on stage because it was a whole new experience playing a role and it was brilliant but I did miss being me.

“I missed having that connection with the audience where you can have a little fun with the guys.”

She also promised the new album will contain a number of influences from different genres.

‘The Sea’ will be released on September 4.