Mel C would love to see the Spice Girls perform at the London Olympics in 2012 but thinks they would have to reconsider their stage show for a global audience. 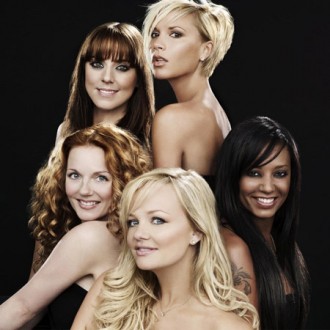 Mel C would like the Spice Girls to put on a “demure” performance at the 2012 London Olympics opening ceremony.

The 36-year-old singer would like her group – which also included Victoria Beckham, Geri Halliwell, Mel B and Emma Bunton – to reunite to perform at the sporting event, but thinks their show would need to accommodate a global audience.

She said: “If they ask me, then I’d be there. Maybe us girls need to get together to discuss it. If we were to reform again, we’d have to reconsider the stage show. Maybe we need to be a little bit more demure.”

As well as wanting to hear the Spice Girls’ hits at the Olympics, Mel is also looking forward to hearing them when the group’s musical opens in 2012, though she insists the show won’t follow the story of her and her bandmates.

She said: “The story is fictional but because Jennifer Saunders, the writer, has known us for a while, and knows the dynamics between us, the chemistry between us will be reflected in the characters.

“But it won’t be five girls called Sporty, Posh, Baby, Ginger and Scary. It’s not the story of the Spice Girls.”

Spice Girls split up in 2001, two years after Geri quit the group.

They announced plans for a reunion tour in 2007, but after going on the road a year later, went their separate ways again.