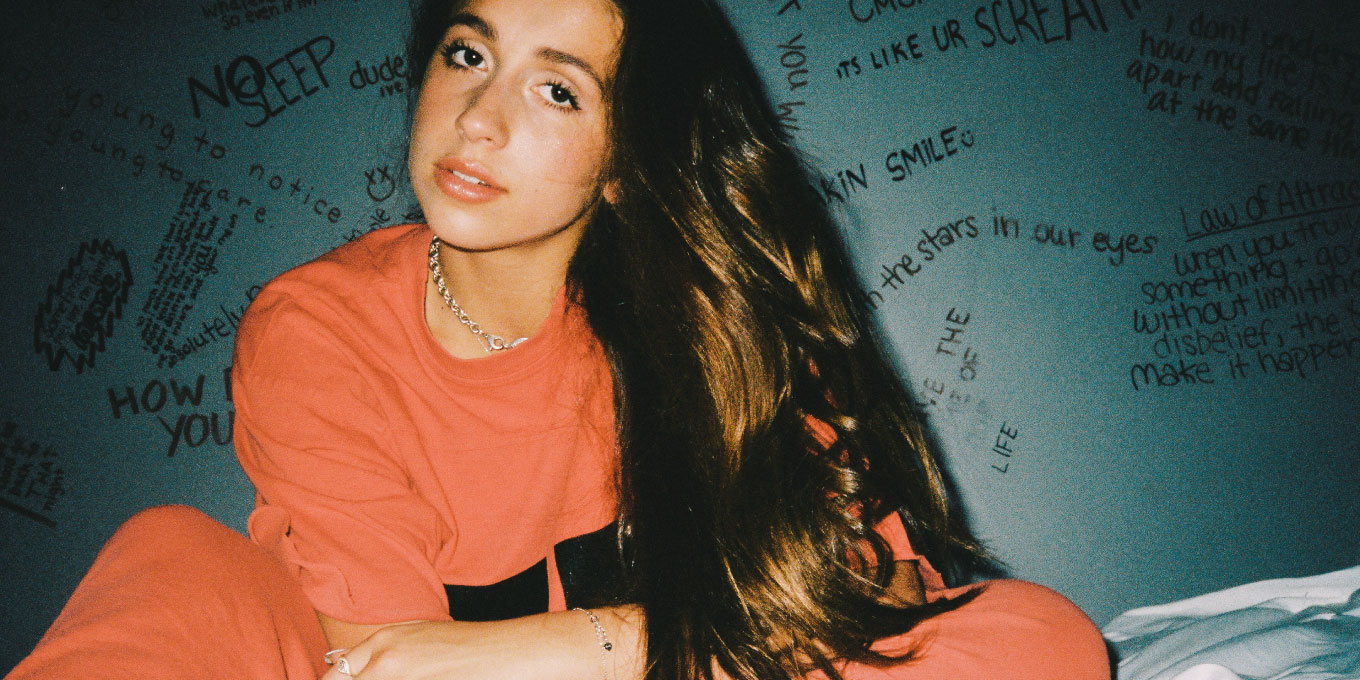 Life could have been very different for 16-year-old Calgary native Tate McRae.

A couple of years ago, following a successful run on So You Think You Can Dance, the teen wanted to do what most kids who were coming of age during the 2010s wanted to do: start a YouTube channel. Sticking to what she knew, McRae had planned to launch with a dance video – but there was a glitch. Determined to start a regular weekly posting schedule, the then 14-year-old improvised.

“I wrote a song in, like, 20 minutes,” McRae tells us while in Toronto, a huge grin spread across her face. “My parents were like, ‘This is awful, don’t release it.’” But, as most teens are wont to do, she ignored her parents’ advice and posted the video.

From there, things moved fast. Soon, her family was fielding calls from record labels. They flew to New York for meetings and, eventually, signed a deal. “I was very overwhelmed,” the singer-songwriter tells us. “I mean, I was walking into these massive buildings that some of the biggest artists ever had. I didn’t have any [other] music. I was like, ‘This is absolutely crazy.’”

The Canadian up-and-comer has come a long way from having just one song to her name. Her debut EP, all the things i’ve never said, dropped last week, and she’s currently on her first-ever tour – which, by the way, is completely sold out.

Artistry has always been a constant in McRae’s life. She started competitively dancing when she was six, though she was dancing around the house with her mom, who owned a studio, long before then. Naturally, she was a fan of So You Think You Can Dance, which encouraged her to audition (she finished third in the 2016 season of the hit series’ Next Generation). And although she was making up “gibberish songs” throughout her childhood, that first YouTube video was also what McRae calls her first “real real song.”

She has grown as a songwriter since then, drawing inspiration from everyday high-school things, like friendship drama. It’s almost impossible not to compare her moody, often melancholy music to Billie Eilish. Even their speaking voices have the same melodic timbre. Eilish and her brother Finneas even co-wrote one of McRae’s tracks, “Tear Myself Apart.” And it’s not as if the teen minds being in the same conversation as the newly-minted Grammy winner – she counts the Californian and fellow Canadian Jessie Reyez among her musical influences.

McRae is visibly proud of the progress she’s made during the whirlwind of the last two years. Her eyes twinkle with excitement – no joke – and she doesn’t put on the air of a too-cool teen. She can’t hide the awe in her voice when speaking about everything that’s already happened in her career, and everything that’s still to come. But beneath it all, she’s still the same girl who started making songs in her childhood home – creative, driven, yet still a little shy. “I’m really bad at talking about my feelings,” says McRae. “So I sing about them instead. I hope fans can connect to that and are like, ‘I’m so glad you put that into a song.’”