Meet Sigrid, the Popstar Set to Take Over Your Playlist 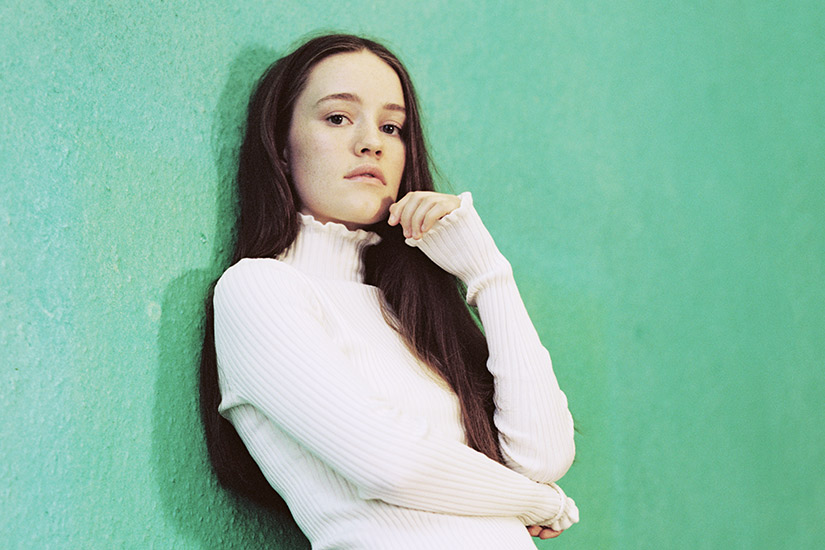 We sat down with Sigrid Raabe in early April, and like most music-obsessed people at this time of year, the singer has Coachella on the brain. The 21-year-old Norwegian popstar can’t believe she’s performing at the fest for the first time (really: she uses her hands to pantomime blowing her mind when the topic comes up), and she can’t wait to see one of her favourite bands, The War on Drugs, live either. Who else is she excited to see? “Beyoncé,” the musician blurts out before we can even ask the question—which is perfectly understandable.

But just a few days before Sigrid is set to take the Cali stage, she’s thrilled to be in Toronto for the very first time. She’s in her signature high ponytail and high-waisted jeans combo when we meet the day after her concert at The Velvet Underground. The singer/songwriter is genuinely enthusiastic talking about her career and music, expressing sincere shock that the Canadian crowd—thousands of kilometres away from her native Norway—would be able to sing her own songs back to her. “Seeing people sing along and [seeing] their faces…that means everything,” Sigrid says. “If I’m able to say something that means something to someone else, that’s pretty cool.”

We sat down with the up-and-comer to chat all things about her breakthrough and her fave Canadian artists.

How did you get into music?

My brother, who’s a musician, was playing a show in our hometown and he wanted me to join him on stage. He said, “You need to write a song. You can’t do a cover again.” And I was like, “Ehh, all right.” I had two weeks to finish the song. I just put it online and it was playlisted on national radio. It wasn’t, like, huge exposure, but I got the confidence of continuing.

Did you know then that you wanted to pursue this as a career?

I actually took a year off music to finish my third year of high school and get my grades. I’m very happy I did that, because I think when I finished high school, I was much more ready mentally for going into this.

Did you have it in the back of your mind that entire year that music was what was going to come next?

No, I was actually mixed. I was like, “Uhh, I want to become a teacher, maybe. Maybe I’ll try to apply to law school.” Because I’m from Norway, I just didn’t see how [this career] could be possible for me. I liked what I was writing at the time, but it didn’t feel like I was there. Then my parents told me, “Well, if you don’t try after high school, you’ll never know.”

I love songwriting because it’s just storytelling. You try to fit one big story into three minutes, so it’s just, like, a fraction of the whole thing. I take my inspiration from things I see, things I experience myself. And nature is quite important to me in the songwriting process. Not like I’m writing about trees, and forests and mountains, but as in when I go [hiking], I see things in a different perspective.

You’ve said that your debut single, “Don’t Kill My Vibe,” was written after a bad songwriting session with a group of men who were condescending and didn’t take you seriously. Did writing that song empower you to speak up more?

Yeah. I’ve always been the type of person who speaks up and stands up for myself. The session that inspired me to write “Don’t Kill My Vibe” with Martin Sjøle was just a nice reminder. I was put into a situation I had never been in. It was a really nice reminder. But that has been the one bad session I’ve been to. People are genuinely really nice.

Do you have a favourite between songwriting and performing? Or are they both like your children who you love equally?

I think I’m an artist because I love writing songs. That’s my favourite thing to do. And I also think I’m an artist because I want to sing the songs myself. [Laughs] I really like being on stage. But yeah, my favourite thing is to write songs. I love that moment of creating a vocal hook, where you’ve just been humming something for an hour and then suddenly something magical happens. It’s like the biggest adrenaline rush.

In honour of your first visit to Canada, do you have any favourite Canadian artists?

I love Grimes. I like Drake. I’ve been listening to a lot of Drake covers. I’m a big Neil Young fan. We grew up listening to him. Joni Mitchell. I love “Sorry” by Justin Bieber. That one song is great. The Weeknd. There’s a lot of good musicians from Canada.