Meat Loaf has been working with rapper Chuck D and producer Lil Jon on his new album 'Hell In A Handbasket'. 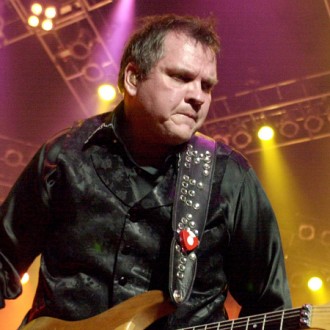 Meat Loaf has been working with rapper Chuck D and producer Lil Jon.

The ‘Bat out of Hell’ singer collaborated with the Public Enemy frontman – famed for his uncompromising political lyrics – and Lil Jon, best known for Usher’s track ‘Yeah’, on songs for his new album, ‘Hell In A Handbasket’.

Talking about Chuck D’s contribution, he explained: “D was going to do one thing, and he came back and did something else and we flipped out.”

Despite working with the hip hop musicians on some songs, the operatic singer reassured the album is “rock, definitely rock,” and “the most personal record I’ve ever made.”

He added to Billboard.com: “It’s about how I feel the world’s gone to hell in a handbasket.

He added he’s working on another solo album to come out after ‘Hell In A Handbasket’ and also planning a Christmas album.

Meat Loaf has been recovering from collapsing twice in the last week. He first collapsed during a performance in Pittsburg last Thursday (28.07.11), which was attributed to an asthma attack, passing out backstage at a New Jersey festival on Sunday (31.07.11), and needing oxygen for ten minutes.

He has, however, vowed to continue his touring commitments as usual.