Mary J. Blige will live stream a show from Los Angeles tonight (17.11.11) ahead of the launch of her latest album as part of the 'American Express Unstaged' music series. 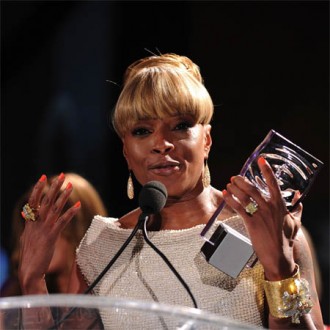 Mary J. Blige will live stream a show from Los Angeles ahead of the launch of her latest album.

The Grammy award-winning singer has collaborated with director Adam Shankman to broadcast a concert on her VEVO channel on YouTube today (17.11.11) as part of the ‘American Express Unstaged’ music series, before the release of her new record ‘My Life II… The Journey Continues (Act I)’ on Monday (21.11.11).

Mary said: “I can’t wait to share in this amazing experience with fans around the world as they join me on a timeless journey of celebration and reflection.

Mary is the latest in a line of acclaimed musicians to take part in the livestream series with Duran Duran collaborating with David Lynch ahead of the release of their 13th album earlier this year and Arctic Monkeys teaming up with Terry Gilliam at Madison Square Garden in New York last year.