Martin Kemp would reunite with Spandau Ballet ''in a heartbeat'' but admitted politics are keeping the band apart. 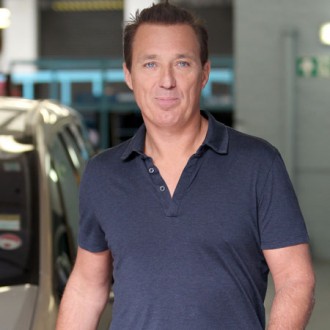 Martin Kemp would reunite with Spandau Ballet “in a heartbeat”.

The ‘Hustle’ actor – who formed the band with his brother Gary and Steve Norman in the 1970s before being joined by Tony Hadley and John Keeble – said he loved the group’s reunion tour in 2009 so much and he would love to do it again if “politics” weren’t involved.

Martin exclusively told BANG Showbiz: “I was 17 when I went into Spandau Ballet and I would do Spandau Ballet again in a heartbeat. The last reunion tour we did, I had such a lot of fun that I would do it again tomorrow. Spandau we’ll hopefully come back to, but when that is I don’t know.

“Logistically it would be a nightmare, along with politics. Politics is the big thing that keeps most people apart.”

Martin, 50, also admitted the group are not very good at getting organised and says they rarely see each other while the band is on hiatus.

He added: “It’s more than that though, the five of us aren’t very good at organising anything. If we ever see each other again.

“Obviously I see Gary but it’s funny because when we got back together on the reunion tour, there was 15 years where the rest of us hadn’t seen each other.

“Everyone had gone off and done their own thing in that time and no one wants to give up those achievements just to get back with the band.”