Maroon 5 promise '' a mother*****r of a show'' for their summer tour, which will be comparable to Queen. 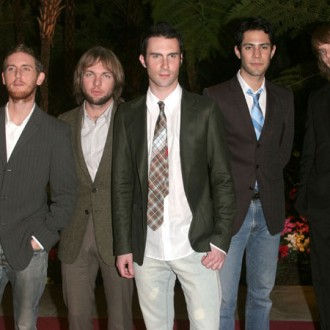 Singer Adam Levigne promises the ‘This Love’ group will be pulling out all the stops for their US tour – starting at the end of this month – by paying homage to their favourite stadium rock bands.

He said: “We’re adding big Marshall stacks, adding speakers and subwoofers. We have an old-school mentality toward entertaining.

“We emulate bands like the Stones, U2, Van Halen and Queen, bands that put on such a mother*****r of a show that you can’t not like it.

“We want people to get lost in the experience. There’s no smoke and mirrors.”

Although the ‘Misery’ band are setting up a huge mainstream rock shows for their fans, Adam’s “faith in music” has recently been restored by listening to folk and alternative rock music.

He added to Rollingstone.com: “I’ve been listening to Mumford & Sons, along with the rest of the country.

“I haven’t felt like a real music fan in a long time, but that record has made me a fan again. There’s something so gripping about the way the lyrics are delivered-it’s angsty and mad, but it’s beautiful soul music.

“Them selling records and Arcade Fire winning the Grammy restores my faith in music.”

Maroon 5 tour the US, starting on June 24 in New York state, before playing in Europe during November and December.