Mark Ronson is ready to make music for movie soundtracks after he enjoyed working on tracks for new comedy movie 'Arthur'. 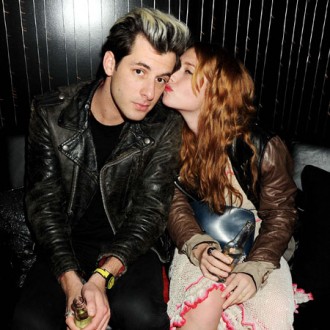 Mark Ronson “would enjoy” working on more movie soundtracks after his experience on ‘Arthur’.

The producer-and-musician had a great experience working on his first film – a remake of the 1981 comedy in which Russell Brand takes on the lead role originally played by Dudley Moore – and is ready to take on more big screen projects.

He told BANG Showbiz: “The original ‘Arthur’ is one of my favourite movies. When I moved to the US when I was eight there was one station where it was like the only movie they played, pretty much on loop.

“I haven’t got any plans to do another film at present, but it’s something I would enjoy doing in the future at some point.”

Mark’s initial involvement in the project came when director Jason Winer wanted to use one of his old tracks in the film, and everything spiralled from there and he ended up even writing the theme song.

Mark explained: “I did four songs for the film. They were using a song that me and Daniel Merriweather had, an old song, and I met the director and said, ‘Well, we could make a new one?’

“So we wrote two or three songs, one with Guy Chambers, one with Eg White, and they liked all three songs and put them all in the film, and I ended up doing the intro too, so it’s cool – especially for my first experience.”

In total, Mark produced and co-wrote four tracks which appear on the ‘Arthur’ soundtrack, including ‘Dazed’ and ‘Can’t Buy You’ with Daniel and instrumental track ‘A Harmless Game Of Dress Up’, which is performed by the Arthur Orchestra.

Also on the soundtrack are tracks by Fitz and the Tantrums and Ben Gibbard from the band Death Cab For Cutie.